5 Amazing reasons why watching Sherlock is good for your mind 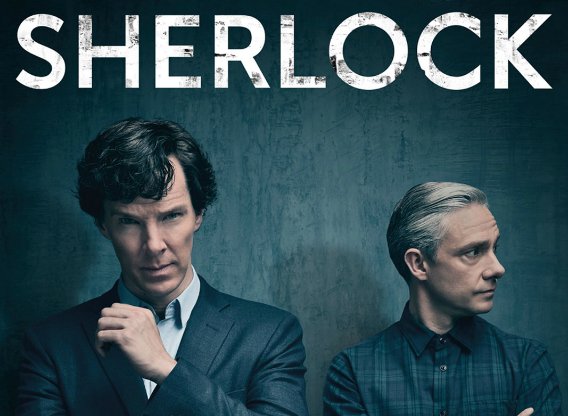 Sherlock was one of the few shows that would take 2 years to release a new season. What’s more, is that each season had just 3 episodes and they were 90 minutes each which means you would watch three feature film sized episodes in each season!

But that’s not just the only reason why we say they are amazing. Throughout 4 seasons, Sherlock has shown the power of the human mind and how it can be used for making the world a better place or destroying it completely. Hence we would like to display 5 amazing reasons why watching Sherlock is good for your mind.

You have to concentrate all the time

Concentration is the key to understanding everything. If you can listen and concentrate well, then my friend you will have a peaceful life! The whole series will require you to be on your toes. Always look for the smallest of details even if they don’t look important as most of the time, that holds the key to unraveling the mystery.

What we like about the show is that viewers tend to try and unlock the mystery themselves as they feel a bit connected to being like Sherlock Holmes the master of this game! You will have an amazing time when you concentrate on watching each episode.

The art of deduction

As per Sherlock Holmes, the art of deduction is where you can look at something, understand all the factors and then deduce it. By deducing we mean that you can understand what kind of a person you are dealing with and with Sherlock, he can deduce anyone with just one good look.

What we like about the series is how they show what goes on in Sherlock’s mind while he deduces every person. You will be amazed at how a coffee stain on your shirt will make you realize that the person might, be a sociopath!

Benedict Cumberbatch will give you mind goals

What we like about the casting is that we can’t see any other two actors filling in the shoes of this duo as they have made a huge impact in the hearts of fans!

Villians will show you how smart the mind can be

What we also learned in this whole series is that villains don’t need to have huge bodies or a scarred childhood to turn into a criminal. Sometimes, the human itself decides to become one! That’s the power of their minds.

What we like is that the villains if you look closely will not look well built or have loads of money. All they have is a smart mind and with that, they can wreak havoc wherever they want!

There are just 13 episodes in 4 seasons of Sherlock Holmes! Surprised? Well, you surely should be as each season has just 3 episodes with the exception coming in season 3 where they gave a bonus episode, one year after the series ended. But don’t worry as each episode is worth 90 minutes and that’s the size of a Hollywood feature film sometimes!

What we like about Sherlock Holmes is that they have ensured to grip the audience with longer episodes with so much detailing. You will not realize how 90 minutes have just passed by after watching 1 episode and trust us; it’s a good feeling!

Overall, a new Sherlock Holmes season was released every 2 years! Yes, that’s how long they made the fans wait but the impact of this series was such that people were ready to wait for that length of time too. Now that Sherlock is over, you can re-watch it and still be amazed at how they crafted a show this good!

So tell us, people, have you watched Sherlock Holmes. If yes, do let us know who your favorite villain/character was. Comment below with your answers!